The quality of a large firm, the personal attention of a small one Contact Us for a Free Consultation*
Home
Practice Areas
Personal Injury & Wrongful Death
Injuries at Teen Boot Camps and Treatment Facilities 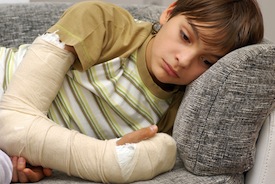 Therapeutic wilderness camps, boot camps, schools for troubled teens and rehabilitation centers for those with addictions are often promoted as a last chance for parents with extremely defiant or otherwise challenging children. While many of these programs achieve positive results, many are poorly supervised and can cause serious physical and emotional harm to those in them. The problem is compounded by the fact that regulation of these facilities varies greatly state to state, which often puts the health and safety of the residents in jeopardy. Negligence in hiring, inadequate staff training, lack of supervision and lack of access to health services can all result in serious personal injuries, assault, sexual assault and emotional and psychological abuse.

The Pollack Law Firm, in Miami, Florida, has obtained significant compensation for clients whose children have been seriously injured while residing at camps, schools or treatment facilities for troubled teens. We have also represented adults who have been injured at therapeutic treatment centers.

Attorney David H. Pollack has received national attention for a case involving the abuse of students at a school for troubled teens in Jamaica. As a result of his involvement in this case, he was featured as a guest on the Montel Williams Show, where he discussed the risks and dangers posed by these programs.

If you or your child has suffered physical, sexual or psychological abuse at a residential camp, school or treatment facility, it is important to discuss your options with a lawyer who has experience dealing with the complex legal issues these cases often involve. Please contact The Pollack Law Firm, in Miami, Florida.

During 2005, 33 states reported 1,619 staff members were involved in incidents of abuse in residential treatment programs, according to a report by the Government Accounting Office. The report also documented numerous serious injuries and fatalities and such facilities.